These are random posts that I share to my friends on my Whatsapp group - not really science but more of fun facts. Compiling here

Earth rise. Seen from moon. Its about the mid of the cycle while the earth increases and decreases just like we see moon light and dark cycles towards full moon and no moon day from earth. Reminds me of the 5 day old moon after full moon (photo credits) 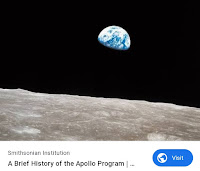 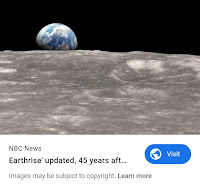 Do You think moon orbits the earth?? Think again. I will answer this tomorrow 😄
Answer is hidden in the pictures shared above though 😄

Above picture is the 3 d path of earth around the sun as sun itself moves at great speed around the galaxy. Remember the galaxy itself is also moving at great speed but that's another question altogetherThe second image is the 3d projected on to the 2 d image which we study in school just to know about orbits. But resolution is bit more. Actual orbit is elliptical and not circular. But see the spiraling in the 2d second image? That will give you an idea.Now here is the answer: Below figure illustrates the 2d paths of the earth and the moon around the sun - both orbit the sun and keep overtaking each other like 2 cars on an 2 lane highway road going in the same direction - nobody is orbiting the other - both are orbiting the sun only
If we lived on the moon probably we would be taught in school books that earth orbits the moon? This reminds me of another question - how do we decide which orbiter is a planet/ non planet/ dwarf planet / satellite? Why was pluto removed from planet list? Why is GANYMEDE a satellite while it is bigger than mercury which is a planet? all questions have a single answer :) this is just to raise interest - answers later 😊👍 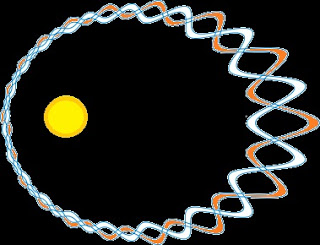